October is marks National Cholesterol Month this year and Lisa has very kindly put together this article on why we should’t be afraid of cholesterol.

What exactly is cholesterol? It is an organic lipid (fat) molecule that is an essential structural component of all animal cell membranes, allowing cells to exist and function properly. In other words – we NEED cholesterol. It is required for building and maintaining membranes, for energy, and is the precursor for essential biochemical pathways such as Vitamin D synthesis, sex hormones, bile salts and all the steroid hormones such as cortisol and aldosterone. It is a vital part of normal, healthy bodily function.

Cholesterol is made in the liver, directly in response to what you eat, so if you are consuming a low-fat diet, then it will be up to your liver to make the cholesterol it needs because it won’t be receiving it via the diet. If we consume a diet that is high is healthy fats then we will have enough circulating in our system, giving the liver a rest from producing cholesterol. A low fat diet, however, means that the liver has to constantly produce cholesterol to supply our cells with. The pattern is an inversion – the higher the dietary fats the less our body has to make, the lower the dietary fat, then the more it has to make. And although cholesterol numbers may go up on a higher fat diet, this is usually because the HDL has increased – which is a good thing as this is protective. 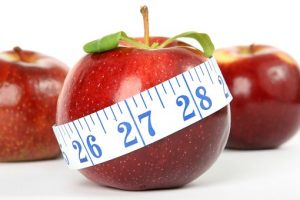 I am sure you have heard of LDL and HDL and perhaps even VLDL – but what exactly are they? Well they are not cholesterol per se, but the lipo-proteins in which cholesterol is transported around the body. They operate a bit like a taxi service – delivering important nutrients to your body’s cells and back to the liver.

LDL is Low Density Lipo-Protein and this is the transport system in which cholesterol, triglycerides (fats) and fat soluble vitamins are carried to the body’s cells, where they are either taken up or not, depending whether the cell is needing them or not at that particular time. The cells have special receptors, which “reach out” to grab onto whatever they need, whether that be triglycerides for energy or cholesterol for cell membrane structure, vitamins etc. If the cell does not take up any cholesterol then it will stay in the lipo-protein and eventually make its way back to the liver, where it will be recycled into other products such as bile acids, sex hormones or steroid hormones and then the process starts all over again.

LDL-Cholesterol is an important part of the immune system. When we have any damage to an artery we become susceptible to infection, and this is when white blood cells and LDL-Cholesterol come in to promote inflammation in the area and start the healing process. LDL-Cholesterol is basically a band aid for arterial damage, so blaming it for actually causing the damage is like blaming a fireman for creating a fire – just because he happened to be there!

HDL, or High Density Lipo-Protein, works in the opposite way as it carries the excess cholesterol and triglycerides from the cells back to the liver. It basically clears everything up and makes sure that we do not have excess left in our system. We want to have higher amounts of HDL to make sure that this process is done as efficiently as possible.

VLDL – or Very Low Density Lipo-protein is released from storage in the liver and this happens when the body needs to mobilise fats and cholesterol from body stores in order to replenish the cells. This occurs when insulin levels are low, such as during sleeping or fasting. The body is then able to release another hormone called glucagon, which generates lipolysis – or the breakdown of stored fats. This is a healthy state and means that your body is using its own stored fats for energy. However this can only happen when all glucose, or glycogen (stored glucose) is used up. So if you have a high carbohydrate diet, then your insulin levels will stay high, meaning that you rarely actually release glucagon to break down stored fat. Burning fat is only possible once all glucose and glycogen stores have been used up as we cannot use both energy sources at the same time.

Eating cholesterol-containing food does not increase blood cholesterol because it is synthesised in the gut and released into the lymphatic system via chylomicrons (also known as Ultra Low Density Lipo-proteins – and these are not measured in cholesterol tests). Chylomicrons also carry the triglycerides and fat-soluble vitamins, which have come in via the diet. The chylomicrons are then taken up into the bloodstream where they perform the same job as LDL, delivering these necessary nutrients to our cells where they are taken up as needed. Most of our cells can actually make their own cholesterol, but it is easier for them to take them from the LDL or chylomicrons.

Our LDL and total cholesterol numbers, when measured, may increase due to triglycerides. Each LDL particle can only carry so much and triglycerides tend to take up most of the space inside the LDL. Once full, the liver needs to produce more to carry the required amount of cholesterol to the cells. The higher an individual’s triglycerides, the more LDL will need to be produced.

Triglycerides are the lipids (fats) made in the liver from the foods that we eat, or the fats that are directly synthesised in the gut. Any extra calories that the body does not immediately need are converted into triglycerides and stored in the body’s fat cells. High triglycerides are the result of your body storing excess calories – particularly from carbohydrates, sugar, alcohol, or trans fats. We can use these stored triglycerides as energy, however the problem many people have is that they often don’t get used because the body is continually being fed with foods that convert to glucose. This causes high blood sugar, which means that insulin is released in order to remove the glucose from the blood, as it is toxic to have more than 1 teaspoon of glucose in the bloodstream at any one time. Insulin pushes the glucose into cells for immediate energy, or sends it to the muscles and liver where a small amount can be converted to glycogen for later use but the rest will be converted into triglycerides and sent to the fat cells for storage. High triglycerides in the blood are a result of the cells being too full to uptake them. Our body will continually make triglycerides from the foods we eat but if the cells are unable to use them due to them being full of glucose, they will keep getting stored in the fat cells. And if we are unable to release the stored fat to burn as energy due to consistently high levels of insulin, which prevents the release of glucagon (the hormone that generates lipolysis), this will ultimately result in obesity, Type 2 Diabetes, cardiovascular disease and metabolic syndrome. Measuring fasting triglycerides is a better indicator of health than measuring cholesterol levels. 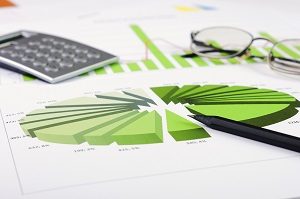 Research is beginning to indicate that perhaps more important than the NUMBER indicated on a cholesterol test is the particle SIZE. Small, dense particles are more likely to get stuck in the artery walls and contribute to build up, whereas large, buoyant, fluffy particles are able to float along in the bloodstream with no problem. Individuals with high blood sugar, high triglycerides, pre-diabetes, high abdominal (visceral) fat levels, high blood pressure, obesity, metabolic syndrome etc are more likely to have small dense particles.

Cholesterol tests typically just measure LDL, HDL and total cholesterol. Cholesterol lowering drugs, such as statins, just lower the numbers overall. None of this takes into account the whole lipid system, such as the chylomicrons, particle size and triglycerides. And, in fact, research is beginning to indicate that people with low cholesterol are more at risk of cardiovascular disease than those with high cholesterol.

It is much more about the overall picture than isolating one particular part. 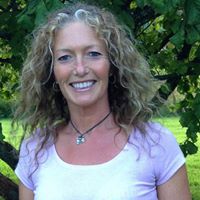